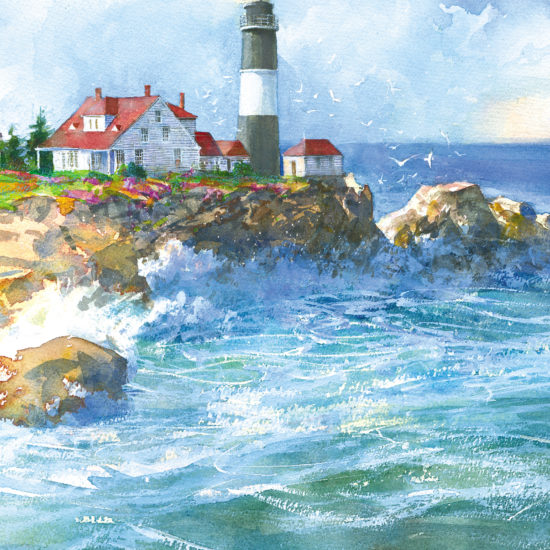 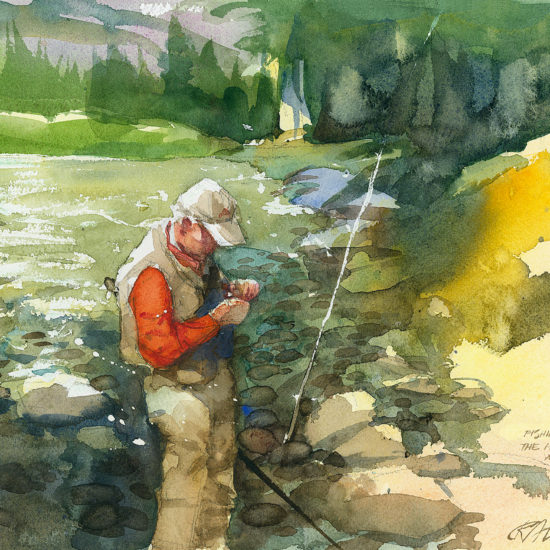 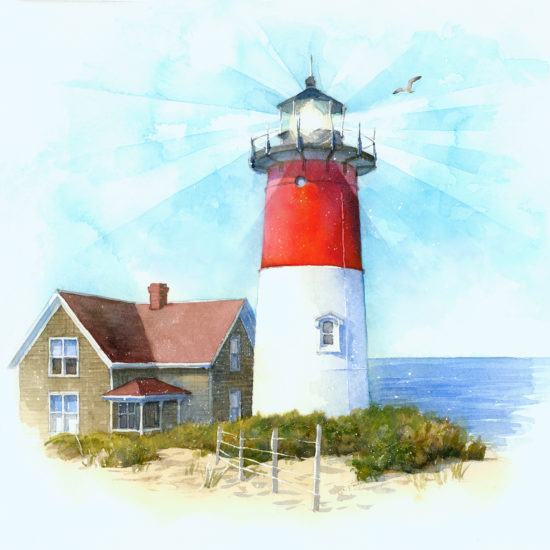 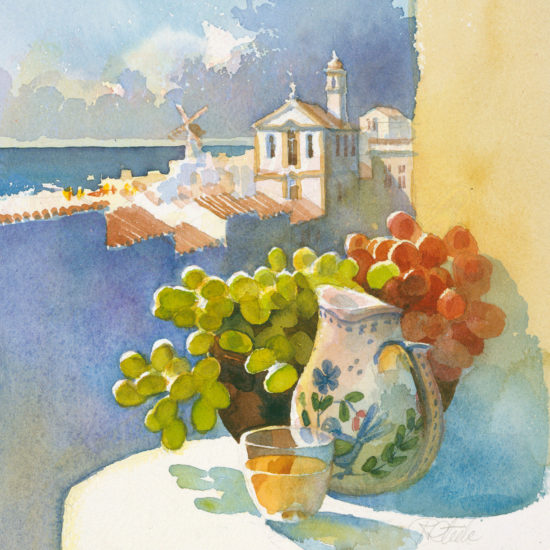 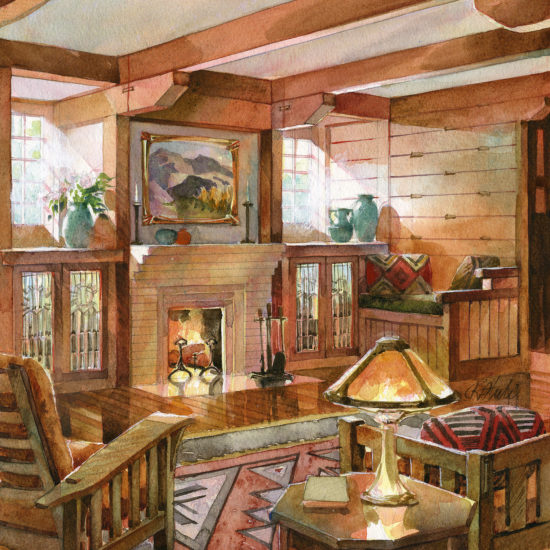 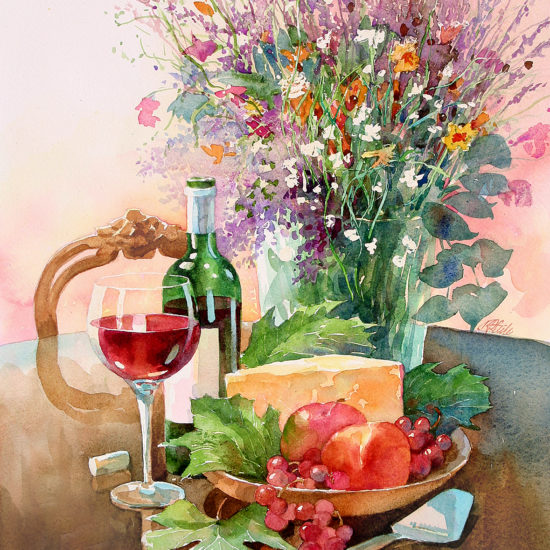 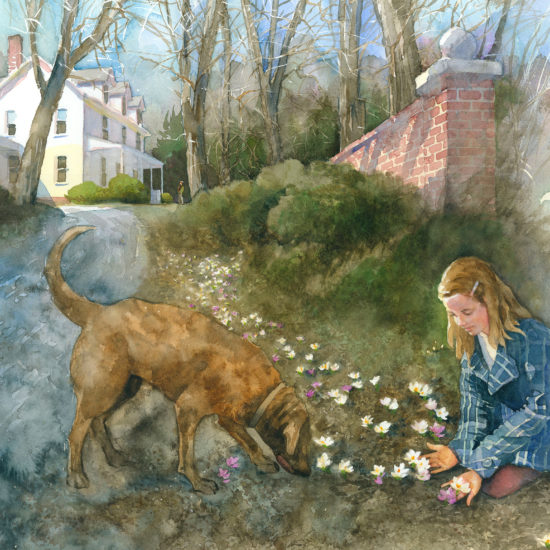 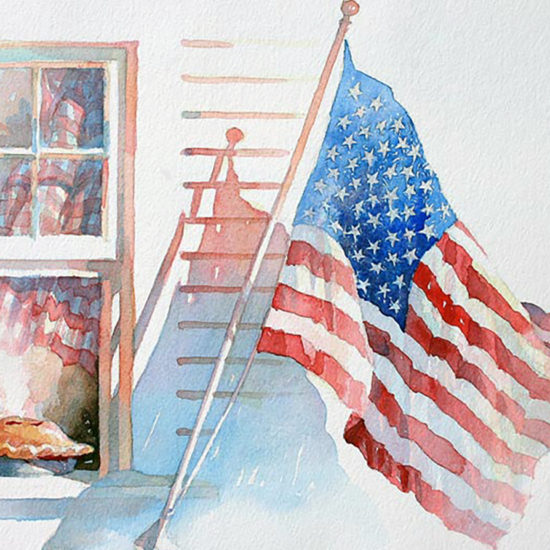 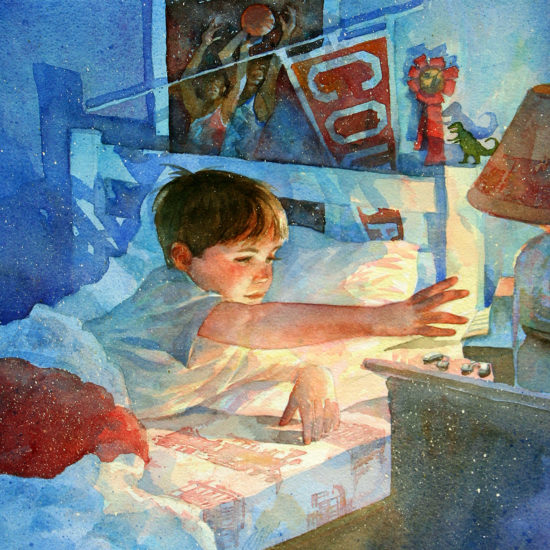 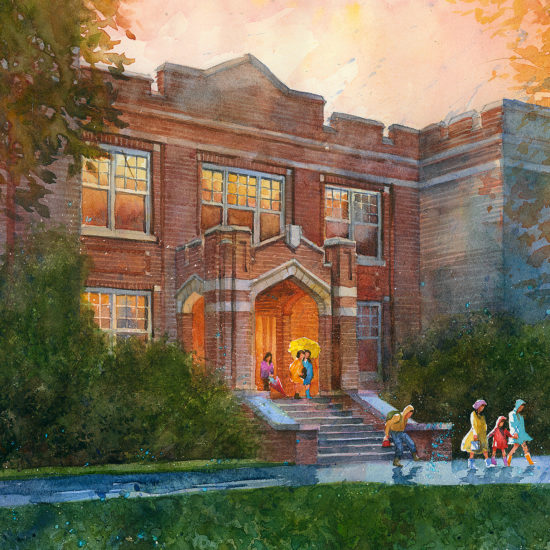 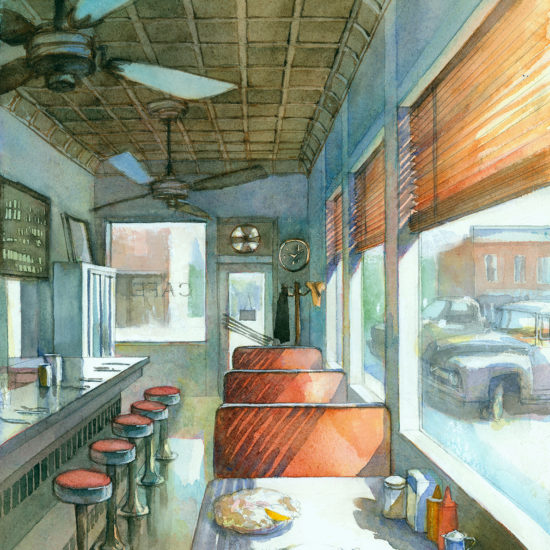 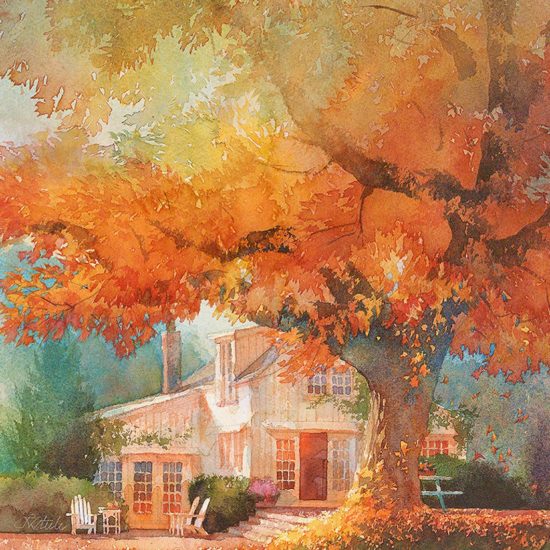 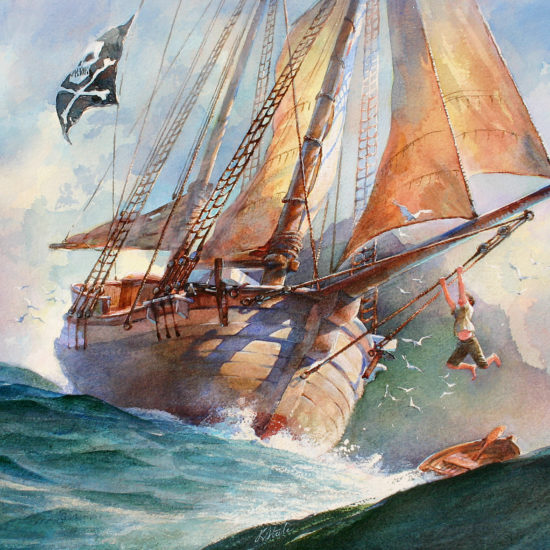 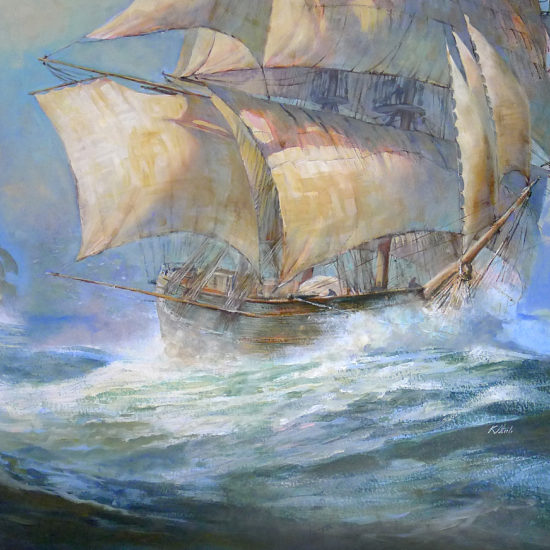 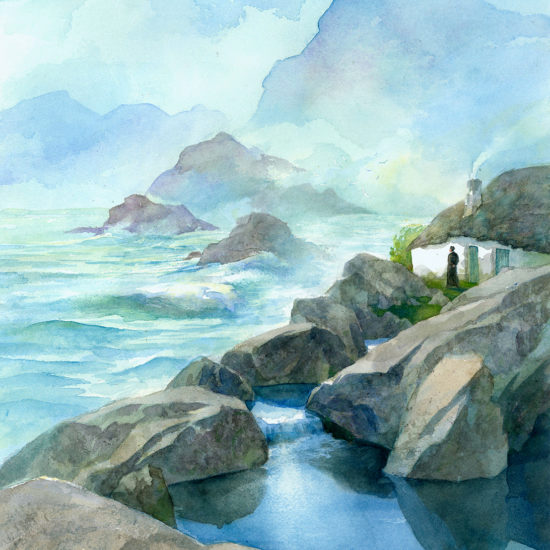 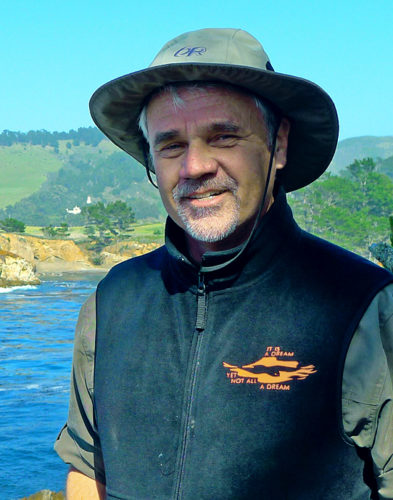 Robert Steele loves illustrating the relationship between natural and man-made subjects. His watercolor paintings of architecture, for example, are made richer by his inclusion of painterly human and natural forms. The human subjects he paints, on the other hand, inhabit a convincingly detailed background. Robert Steele enjoys the research needed to accurately capture the detail as well as the mood and atmosphere of his subjects. Recent projects include a commission by Smithsonian Magazine to illustrate the human character and the atmosphere of a particular small town in France. Robert Steele studies music and is a performer in local San Francisco productions. This helped him create illustrations used for the promotion of Broadway shows such as “Showboat.” He completes several book covers and children’s books as well as many other commissions each year. Constant studies and sketchbooks fill his free time. Robert was originally trained as an architect in North Carolina and at Berkeley. He completed further study in art in Austria as a Fulbright scholar and then in New York and San Francisco. He recently designed and constructed a new home for his family near San Francisco and is very active in the preservation of historic art and architecture. Robert Steele loves his work. He and his wife Alice have two children.