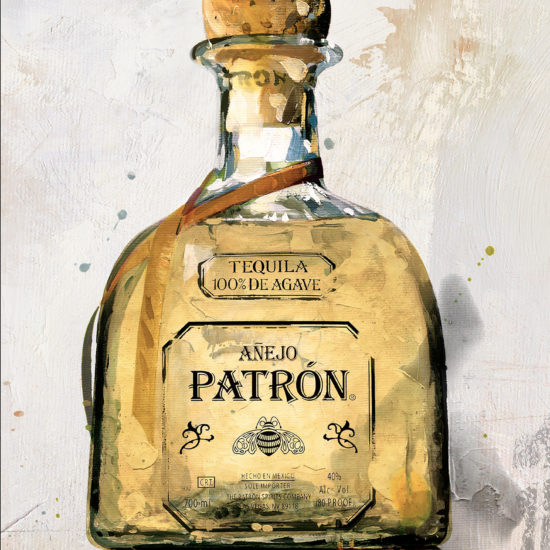 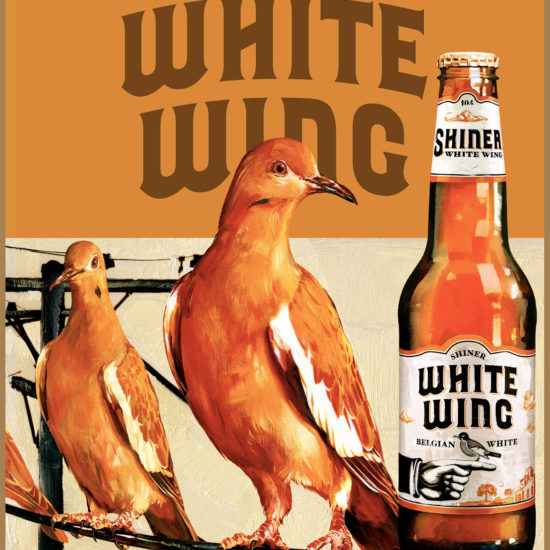 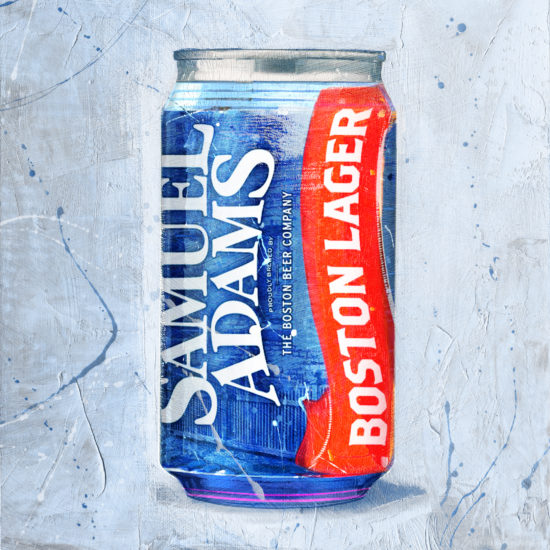 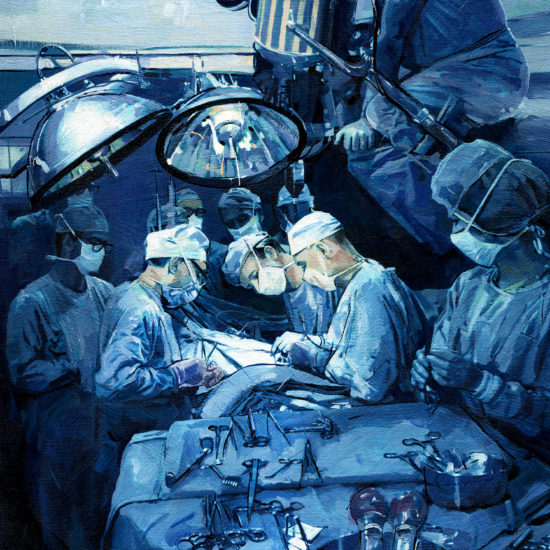 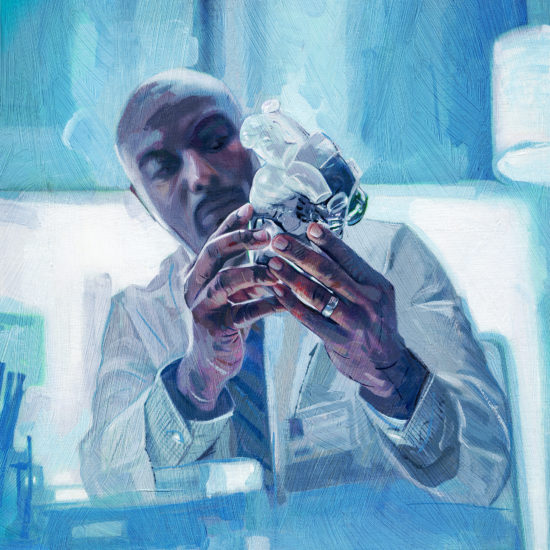 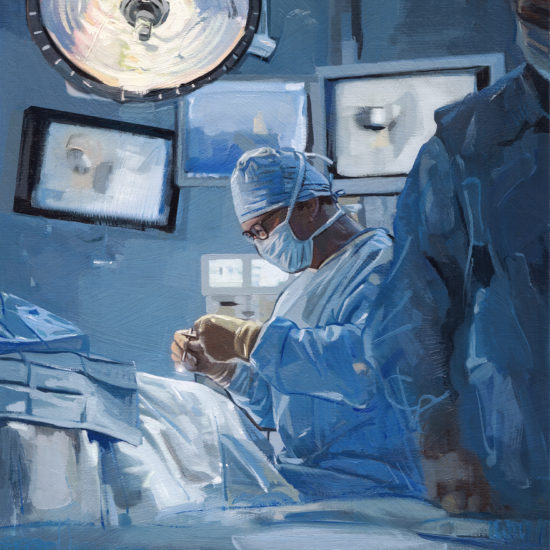 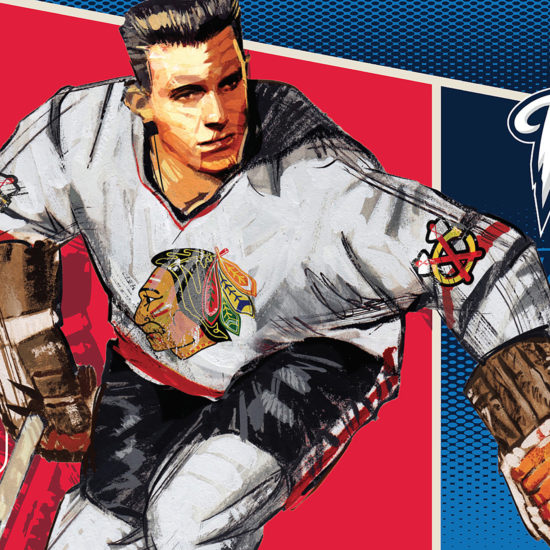 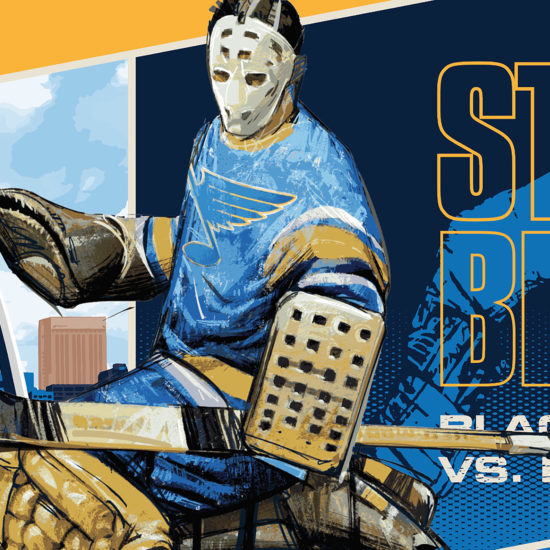 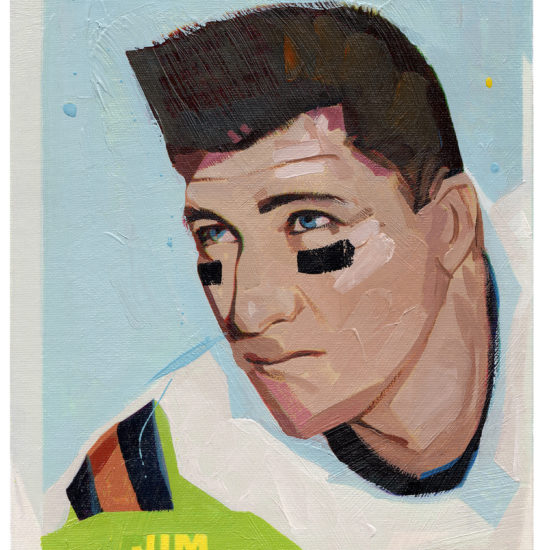 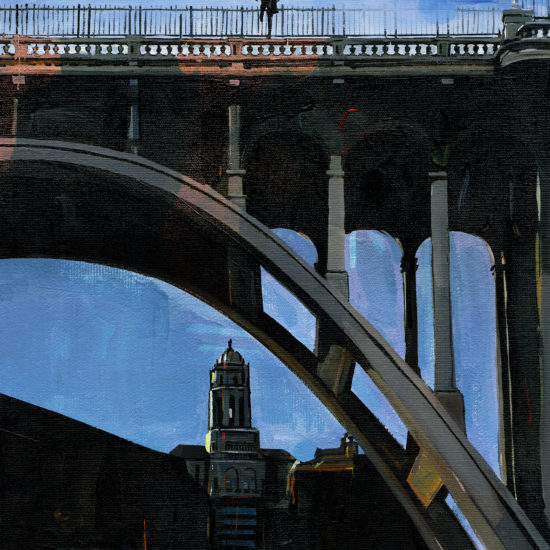 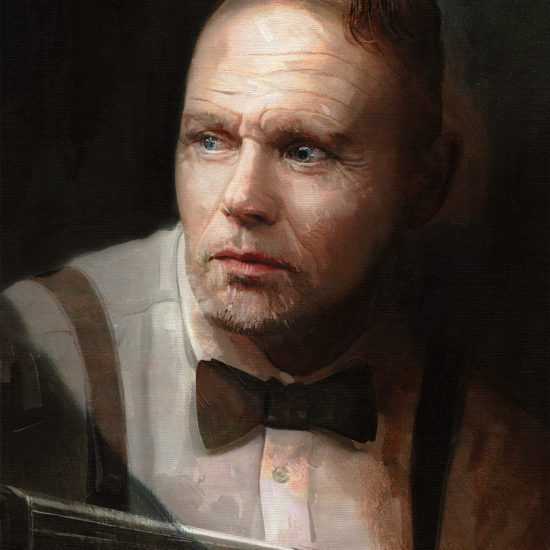 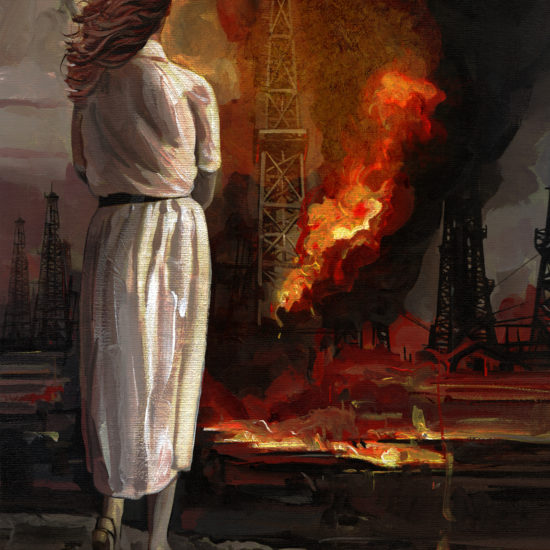 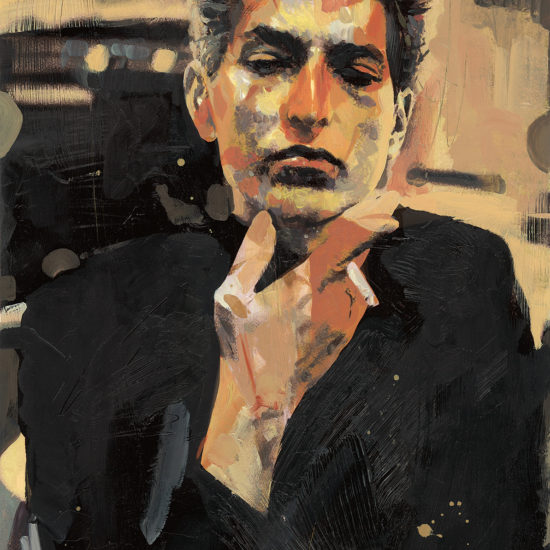 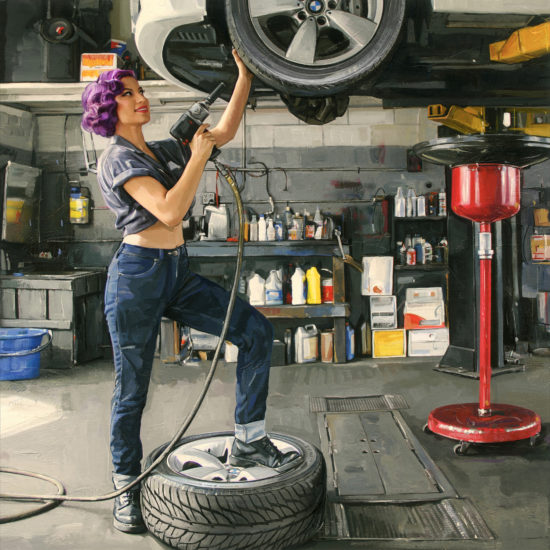 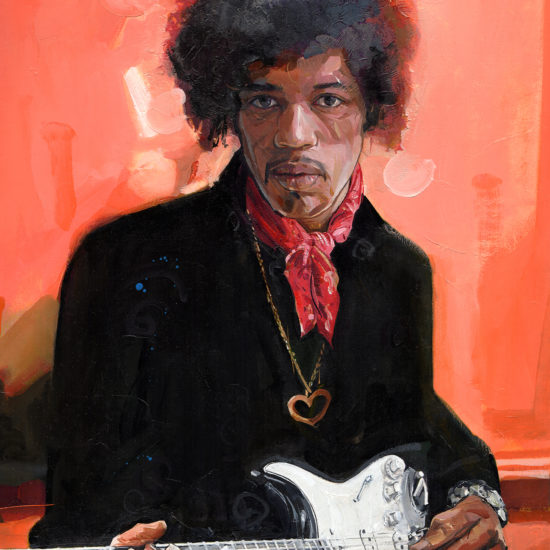 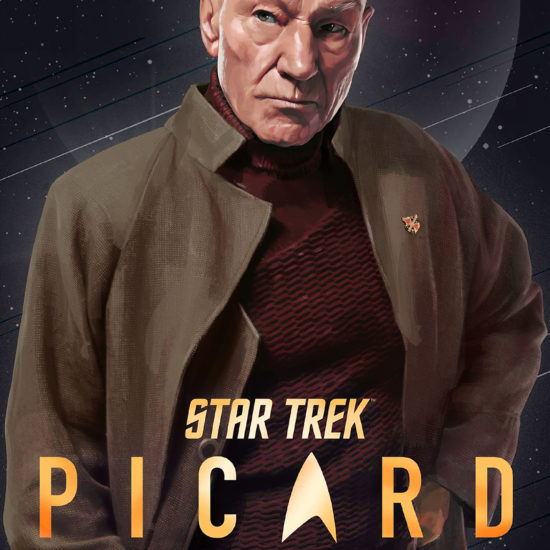 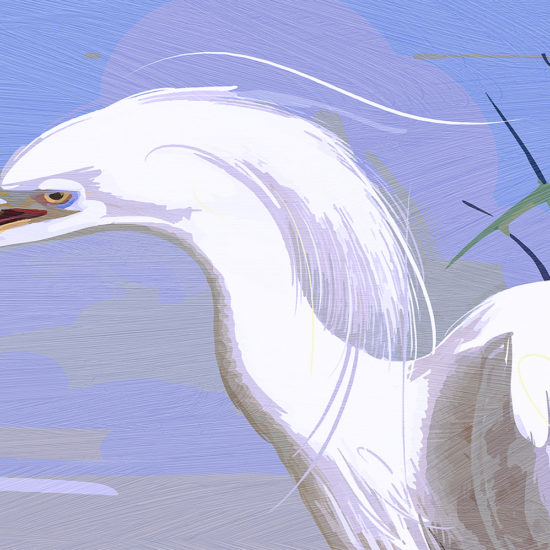 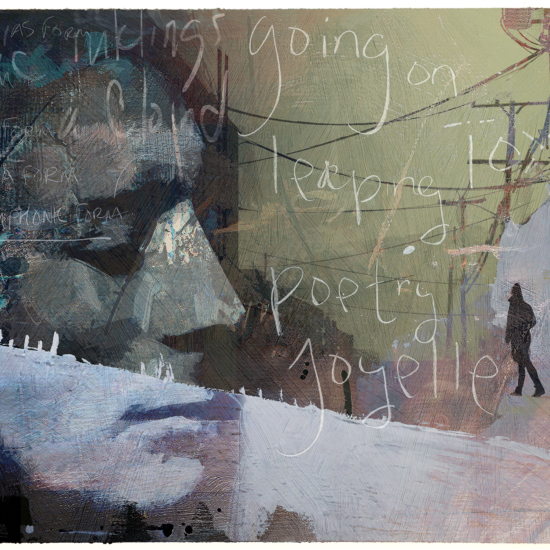 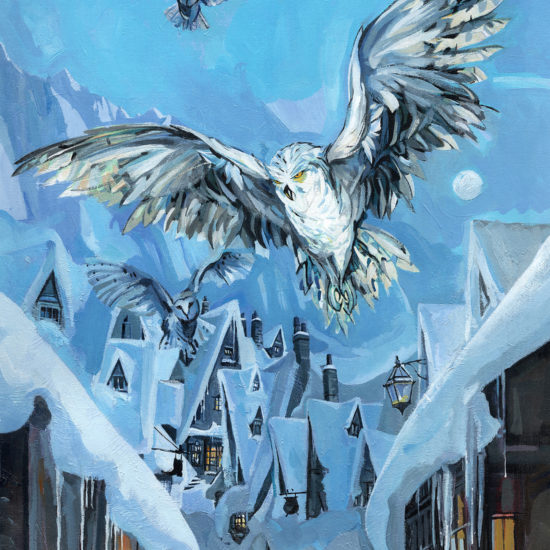 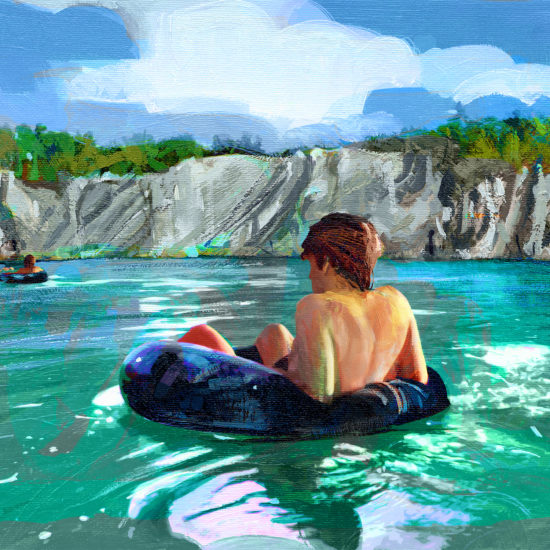 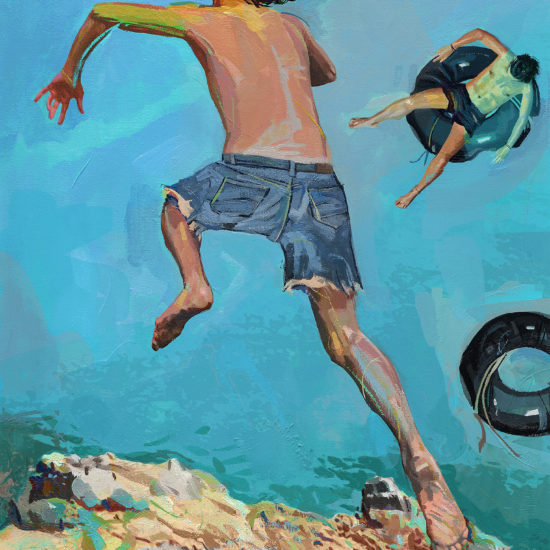 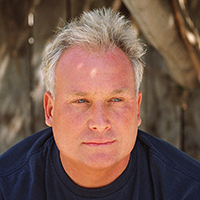 To look at a Jim’s painting, is to experience a snapshot into the soul of his subjects. Each person portrayed in his work, which is thick and textured with oil paint, is telling a story about the life of the person, the emotion of that moment in time, their world surrounding them, and a warm sense of the human condition and its uniqueness. “We all have stories,” Salvati says, “and I like telling them.” Born in 1957 in the Southern California town of Upland, Salvati is the oldest of three children born to parents who passed their love of art on to the next generation. Jim’s mother would paint and his father liked to fill the house with different pieces by various artists.

“I had two uncles that were artists, one a fine artist and the other an architect, and I always admired their work. I remember seeing their art and photography and was amazed at the beauty of what they had created.”

Salvati grew up deeply immersed in the beach culture and had a soft spot for two activities, surfing and art. He decided to follow the path of many of his family members by studying architecture in college. This soon grew sour for him as he felt as though he was not on the right path.

“I learned that architecture was not as glamorous as I thought it would be. An instructor noticed my frustration and saw that I could draw. He recommended that I take some drawing classes.”

Salvati gave it a try and was soon accepted to the Art Center College of Design in Pasadena. He moved to attend Pasadena’s ACCD from Encinitas Ca.

Upon graduation, he immediately began painting for various industries including feature film, the surf industry, and advertising, and for companies such as Disney and Warner Bros. Today, fine art dominates his career.

“I still take on commercial jobs, but this time with the advantage to pick and choose. My years of working with Disney and the WB for the Harry Potterfilms still keep me active with both of these studios and my Disney Fine Art paintings from Collectors Editions are way too much fun. Artists such as Ellenshaw and Carlton are very talented and I admire their work. I feel lucky to be in the Disney collection with them.”

Describing his portraits as contemporary realism, Salvati sees his paintings as his portal into various cultures and different areas of society. “I like the connection between people and their culture,” he says.

“The different emotions, gestures, moods, environments, and style of people in my life and those that I cross paths with, all become part of my storytelling. Even with my Disney art, I think it’s important to show who a person or character is and what is the most interesting part of their life that which is bold and has guts. I really feed off the reaction of other people to my work. I want to tell all of my subjects’ stories and often the only thing holding me back is time. I race the clock every day.”

Working in oil paint, Salvati uses panel and sometimes mounted paper preferring the option of layering paint to create a lot of texture, as he feels that an uneven surface adds to the emotion of the story. “My paintings are extremely thick and layered,” he says. “I love how experimental oil allows me to be. I can keep the colors moving until I like what they have done to the piece.” My influences are Lucian Frued, Jeffrey Jones, Kent Williams, Yevse Moiseyenko, Andy Warhol John Singer Sargent and Helnwein.

Today, Salvati lives in the same Southern California area near the famous surf spot Malibu. They have two sons, Max and Vince. They also have two dogs, a 12 year old chocolate labrador named Hank and a one year old pug, Buster. When not in his studio working, Salvati can be found in the water, whether it is a pool or the ocean.

“I work doctors’ hours. If it is a good surf day, I will work really early in the morning and then surf from noon to 2 p.m. Afterward, I’d go right back to painting. When there is no surfing, I will work 12-hour days, seven days a week. I am at a stage in my career where I can control my work load, keep my lifestyle intact, and hang out with my wife and kids.”

Outside of the studio and when not on a surfboard in the Pacific Ocean, he enjoys sports, and working on films with his filmmaker son. “In a lot of ways, filmmaking is like painting. Both tell a tale.” Salvati listens to a wide range of music from Radiohead to the Beatles to Ella Fitzgerald while he paints. Since 1985, he has been an instructor at the Art Center College of Design where he had graduated just three years before.

“I emphasize to my students the importance of getting their passion out in their work and to tell their stories.“I prefer the darker side of story telling and image making because it is more interesting than just a milk-toast style. This is how I approach my Disney Fine Art pieces as well. I choose the moodiest and edgiest figures to work on. Cult films like Alice in Wonderland are fun, Fantasia’s hallucinating imagery, and any of the evil, dark queens and princesses help to create more than just a pretty picture.”